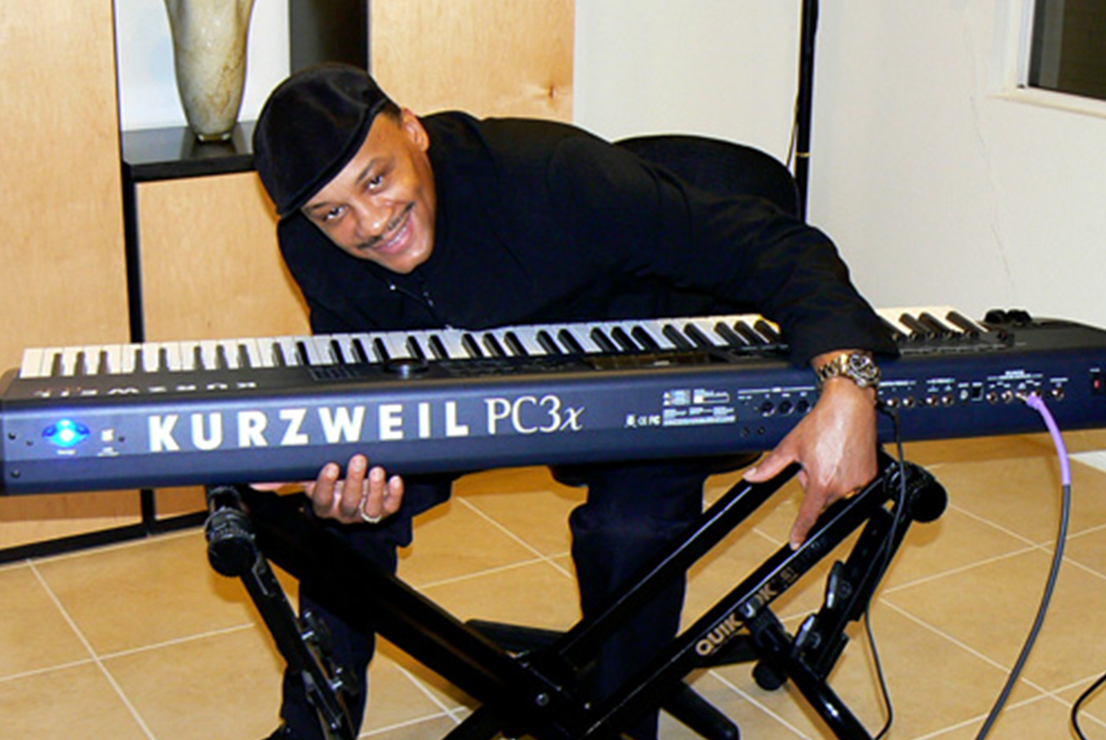 “Kurzweil has the best feel (closest to a real piano) when compared to other manufacturers’ keyboards.  I love the ease of using the MIDI Zones, and the sounds – especially the piano – are the greatest.”

Nick Smith was born in Cleveland, Ohio. He is the ninth of ten children born to Betty and James Smith. From the age of nine to sixteen, Nick and his brothers, known as Transformation, played at various Cleveland locales. After he reached sixteen, Nick formed his own band, Art Effect. He developed a following and played at several Cleveland clubs until he went to Boston to attend Berkelee College of Music, where he studied Jazz Composition.

Nick chose to be a Jazz Pianist because Jazz is a spiritual, versatile, and challenging art form. His playing style is precise, free flowing, and rhythmically diverse. Not only is Nick an outstanding Jazz performer, he can also play soul, funk, country and western, rock, and pop. He is a musician’s musician-believing that there are only two types of music, good music and bad music. He also believes that older musicians should reach out to younger musicians to promote their interest in the fundamentals of great music and provide guidance in increasing their skills.