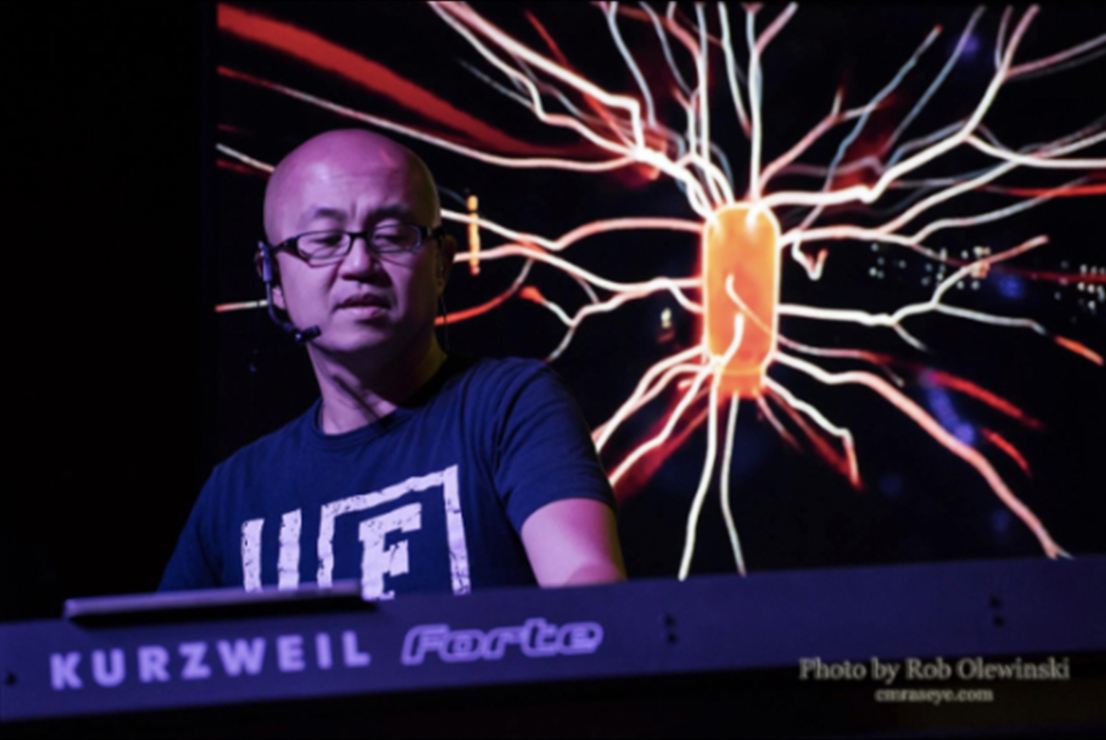 “As the keyboardist for progressive rockers The Cyberiam, I find myself with the daunting task of musically traveling from the ethereal to orchestral, from rock fusion to progressive metal, from massive ensembles to merely solo piano. Stylistically and sonically, I’m covering many bases. The Kurzweil Forte allows me to comfortably replicate what I create in the studio onto the live stage, seamlessly switching between a massive palette of sounds that in this business, are second to none.”

Frank Lucas is a Chicago-based keyboardist/composer whose background is in classical piano and voice. His studies were completed at DePaul University in Chicago with both Bachelors and Masters degrees in Music Education/Performance and Educational Administration, respectively. Since 1994, Frank has studied piano, synthesis and theory with Jordan Rudess, the acclaimed Dream Theater keyboardist and former Juilliard child prodigy. He has performed and recorded with the likes of bassist Pat Metheny Group drummer Paul Wertico, bassist Andy West of the Dixie Dregs, guitarists Paul Chapman (U.F.O.), Neil Zaza and Michael Angelo as well as acclaimed violinists Rachel Barton and Edgar Gabriel (Cirque Du Soleil). At present, he leads the progressive instrumental power trio L.W.E. (Lucas, White and Edsey). Their music can be found on the ProgRock Records label (www.progrockrecords.com).

Frank is also co-owner of one of the premiere commercial recording studios in the Chicago area – Planet 10 Studios in Palatine, IL.