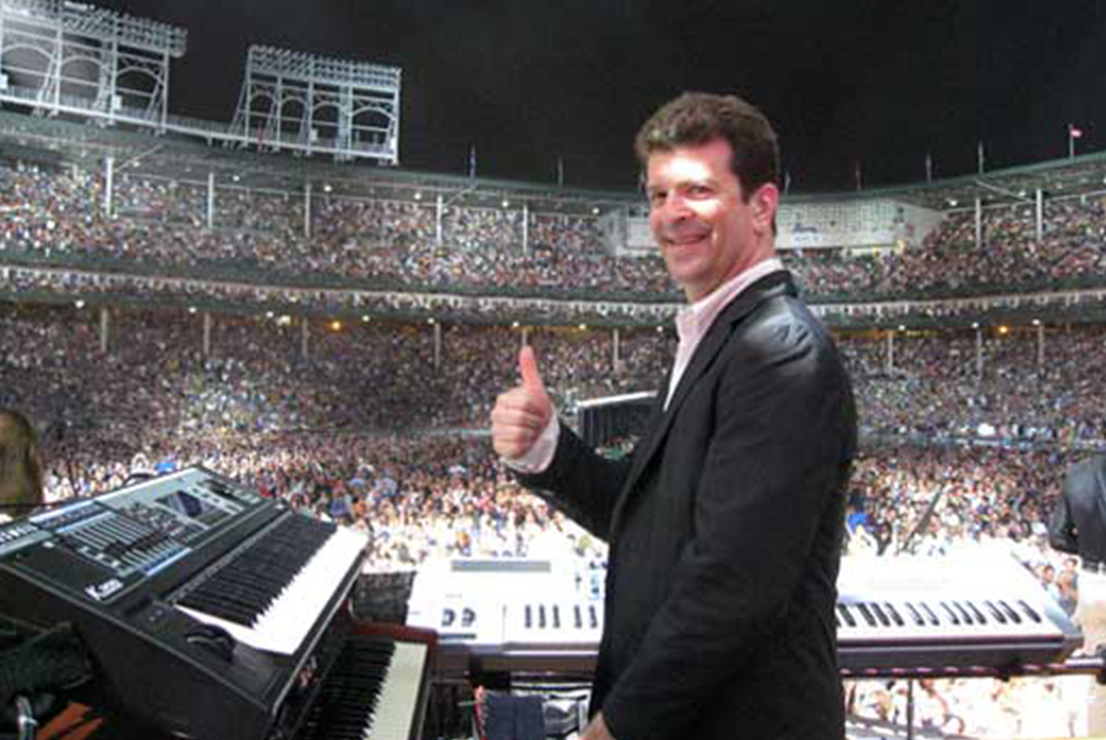 Few musicians have achieved the broad-based success that David Rosenthal has earned as a Musical Director, Keyboardist, Synthesizer Programmer, Producer, Composer, Orchestrator and touring professional. With a musical career spanning four decades, David’s talents have been continually in demand for his skilled musical precision, technical expertise, and vast experience.

David’s multi-faceted career has taken him to studios and stages across the globe with many of the most prominent artists in the world. Besides his long tenure as Musical Director and Keyboardist for Billy Joel, he has also worked with Bruce Springsteen, Elton John, Enrique Iglesias, Robert Palmer, Whitesnake, Steve Vai, Ritchie Blackmore and Rainbow, Cyndi Lauper, Yngwie Malmsteen, Little Steven, and many others. His critically acclaimed work with Red Dawn and legendary progressive band Happy the Man also illustrate his talent for composing and producing original music.

Since joining forces with Billy Joel in 1993 for his River of Dreams Tour, David has also performed on all of Joel’s Face 2 Face tours with Elton John as well as countless other Billy Joel tours throughout the years. David appeared in and scored music for the 2010 documentary film, The Last Play at Shea, and is part of Joel’s record-breaking residency at Madison Square Garden in which Joel and his band perform one concert per month at the iconic venue indefinitely. As of August 2022, they have performed 82 monthly sold-out shows. David has appeared in several documentary films about Joel’s Madison Square Garden residency and also appeared in many of his music videos. Of note is David’s work on correcting Billy Joel’s entire sheet music catalog. The revised and now accurate sheet music books for 10 of Joel’s albums have been released by Hal Leonard.

In addition to recording and touring, David has also worked on Broadway. Of particular note was his involvement with the Billy Joel/Twyla Tharp Tony Award-winning show Movin’ Out, where he scored and arranged keyboard parts, programmed the synthesizers and produced the classical playback tracks. He also served as Associate Musical Supervisor for all productions of the show and was responsible for training each of the pianists for the “Piano Man” role to be sure that they were playing all of Joel’s parts correctly. David continued his Broadway involvement with A Tale of Two Cities as synthesizer programmer.

David’s discography encompasses a broad range of musical accomplishments yielding top-ten singles, millions of record sales and Grammy® nominations. He’s also engaged his classical side with the Czech Philharmonic and New Japan Philharmonic which both recorded his orchestration of Yngwie Malmsteen’s Concerto Suite for Electric Guitar and Orchestra. He’s also orchestrated for Billy Joel, Rainbow, Phil Ramone, and many others.

David has shown a strong commitment to educating young musicians by giving lectures at Berklee College of Music (where he graduated in 1981), Peabody Conservatory at Johns Hopkins, Full Sail University, Musician’s Institute, and many music industry seminars and private events. David served as an advisory board member for the Recording Academy’s Producers and Engineers Wing, the Audio Arts Program at Full Sail University, and is an inaugural member of the Bob Moog Foundation Board of Advisors. His DVD, “Building your Music Career” (Berklee Press) furthers his dedication to the next generation of musicians. Accordingly, Berklee has honored David with its Distinguished Alumni Award for “Outstanding Achievements in Contemporary Music.” He also earned high honors from Keyboard Magazine, where he was voted “Best Hired Gun” in their reader’s poll.

A prolific professional author, he has written for numerous magazines including Keyboard and Electronic Musician, designed recording studios, and worked as a software consultant.

David’s expertise and versatility brings everything he works on to a new level. His fellow musicians and fans will readily attest: David’s professionalism, creativity and productive collaborations have earned him a notable place in the chronicles of contemporary and modern music.