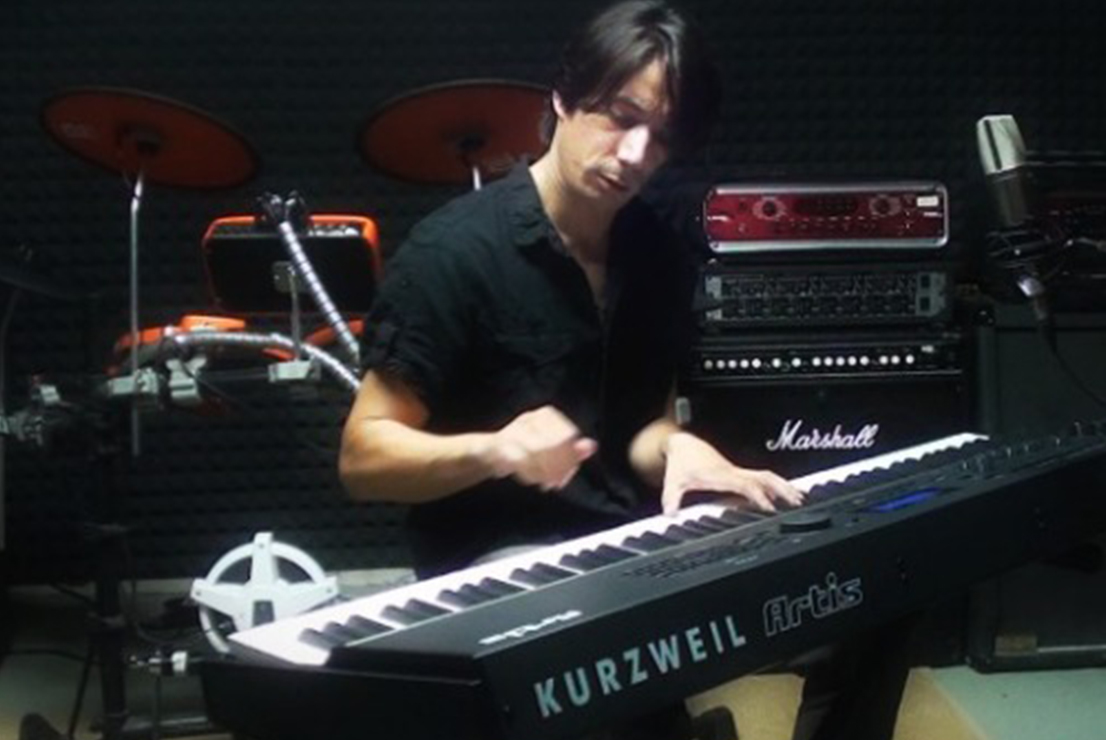 “The Kurzweil Artis allows me to perform with complete freedom and ease. It has all the sounds I need for both live shows and studio work, and the piano sounds are the best out there, whilst the incredible organs with the realistic drawbars and leslie speaker effect make this the perfect killer B3 style board to take on stage. It’s so easy to use and inspirational for a songwriter.”

Christian Pearl is a British keyboard player and composer currently based in Spain. He is a self taught player from an early age. He has performed with Greg Ridley (Humble Pie), Ken Hensley (Uriah Heep) amongst others, and currently works with Tony Rivers, who performed at the original Live Aid alongside George Michael and Elton John, and was Cliff Richard’s vocal arranger for many years.

He currently works as a session keyboard player from home, recording for artists all over the world from his base in Spain. In addition, he also works with young people at the Javea Rock Academy, which helps kids get to grips with all areas of live performing and studio recording. He also plays live gigs along the coast of Spain regularly.

In 2011, he released his first solo album, Reverence, under his studio recording name of Oyster Lovers. It is available on iTunes and all other major digital retailers. Under the same name of Oyster Lovers, his youtube account for all things related to piano and keyboards, has currently over 13 million unique hits, and 29,000 subscribers.