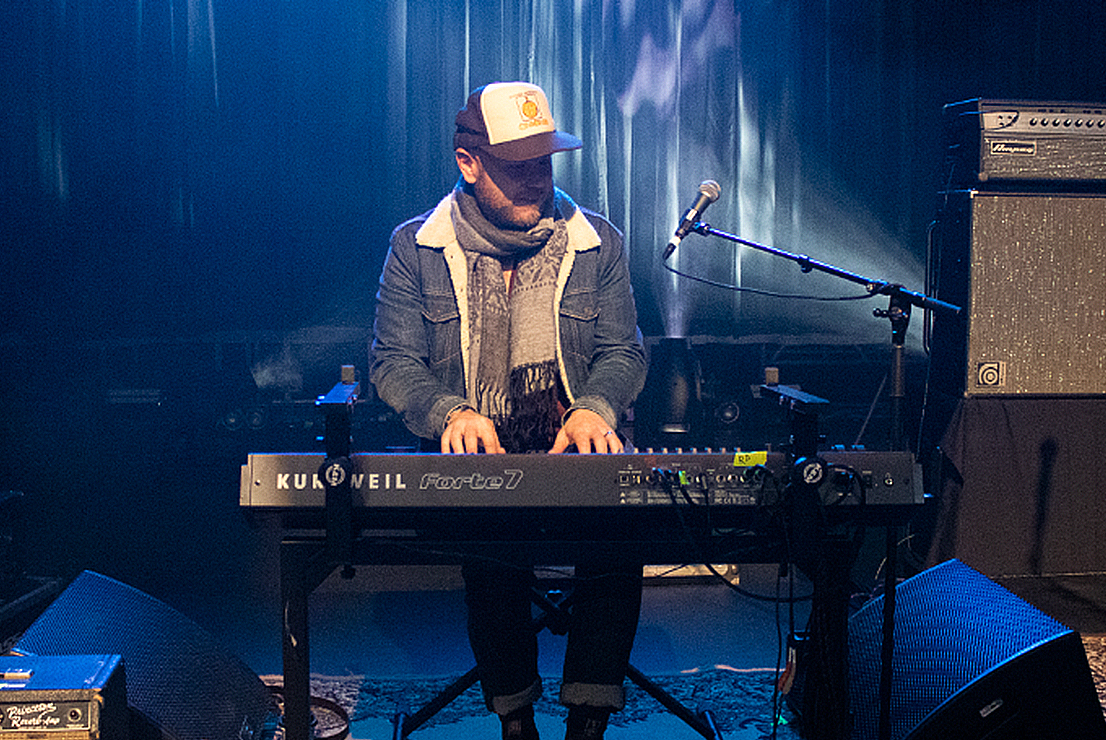 “The Forte 7 has great sounds! It has an ability to mix them together seamlessly in layers and splits whilst also giving the user the ability to make changes to effects and controls on the fly. Say in the studio if I played five different keyboard parts on a song, the challenge is distilling that into an arrangement live with two hands and two feet. The Forte 7 allows me to do these things together and brings the focus back my playing”

Jon Hart is the keyboard player for successful Australian indie-folk-rock band Boy & Bear. Jon plays with the intention of “serving the song” coming from a heavily song-writing based band. Jon creates soundscapes, from all sorts of keys, that support and are integral to the lush Boy & Bear sound. Jon tours with the Forte 7.

Boy & Bear formed in Sydney Australia in 2009. The band has released four albums to date to critical acclaim: ‘Moonfire’ (2011), ‘Harlequin Dream’ (2013), ‘Limit of Love’ (2015) and the long-awaited fourth studio record ‘Suck On Light’ (2019). The band have had much success, with two number 1 albums on the Australian charts, 5 Aria awards and having toured the world over to dedicated fans. After an extended break due to lead singer Dave Hosking battling a debilitating illness, Boy & Bear have created their finest album to date. It’s a record that takes the trademark analogue warmth of their sound and pushes it to places the Sydney quintet have never before explored.