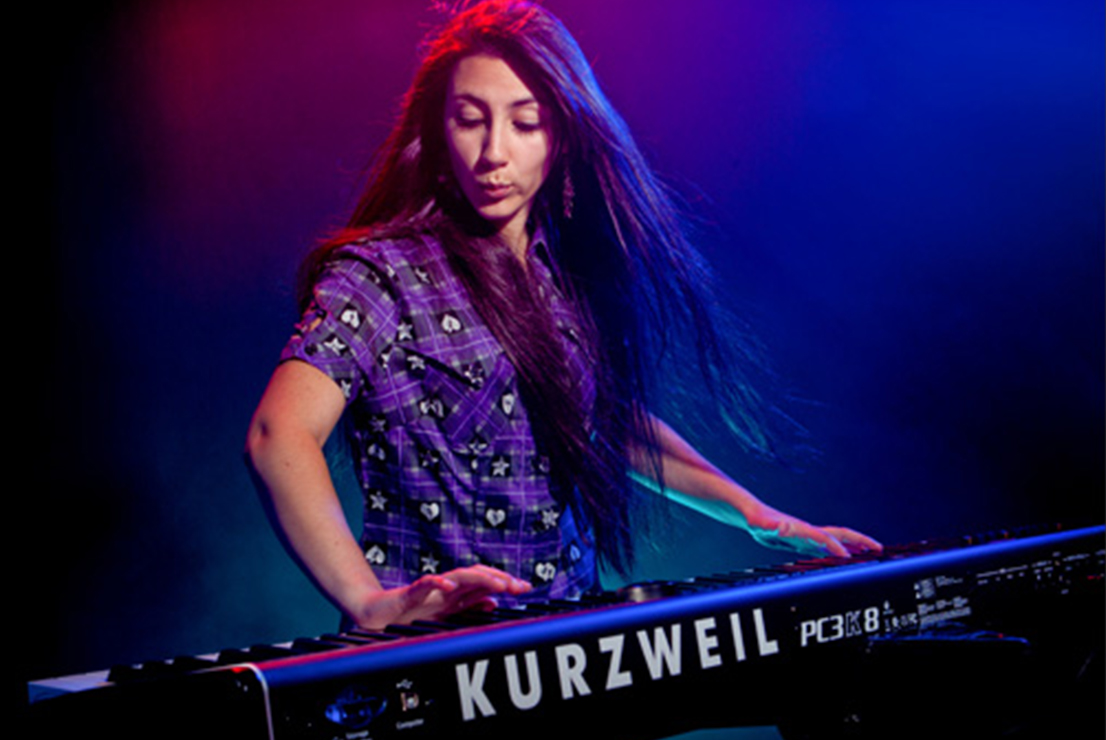 “Seriously, Mind-Blowing! The Kurzweil PC3K8 Keyboard sounds amazing and is awesome to play. Some of my favorite features are the pianos, organs, VA-1 Virtual Analog sounds, plus programming custom sound samples. I’ve heard few instruments that can match the fantastic sounds and effects like Kurzweil keyboards. They never let you down and have my highest recommendation. The PC3K8 is the spice of my live set up”.

Inspired by her father, Skylar began learning piano at the age of four. At the age of 7, she was able to play many songs by ear and began private training and performing classical pieces. From then on, she has studied rock and classical music. From the age of thirteen, Skylar studies with University of Maryland and Juilliard School of Music graduates.

At the age of 12, Skylar began writing songs with rock bands. She was the youngest member of the band Ember. She later became the keyboardist of the band, Aldershot, which won 3rd place in a rock band competition in 2008. The following year, Skylar was entered into the MTAC 2010 Baroque Music Festival, playing J.S. Bach Inventions and receiving Superior awards for her performances. Skylar was featured as the first MAJORminor in Keyboard Magazine’s February 2010 issue. She also was awarded a scholarship to the California State Summer School for the Arts.