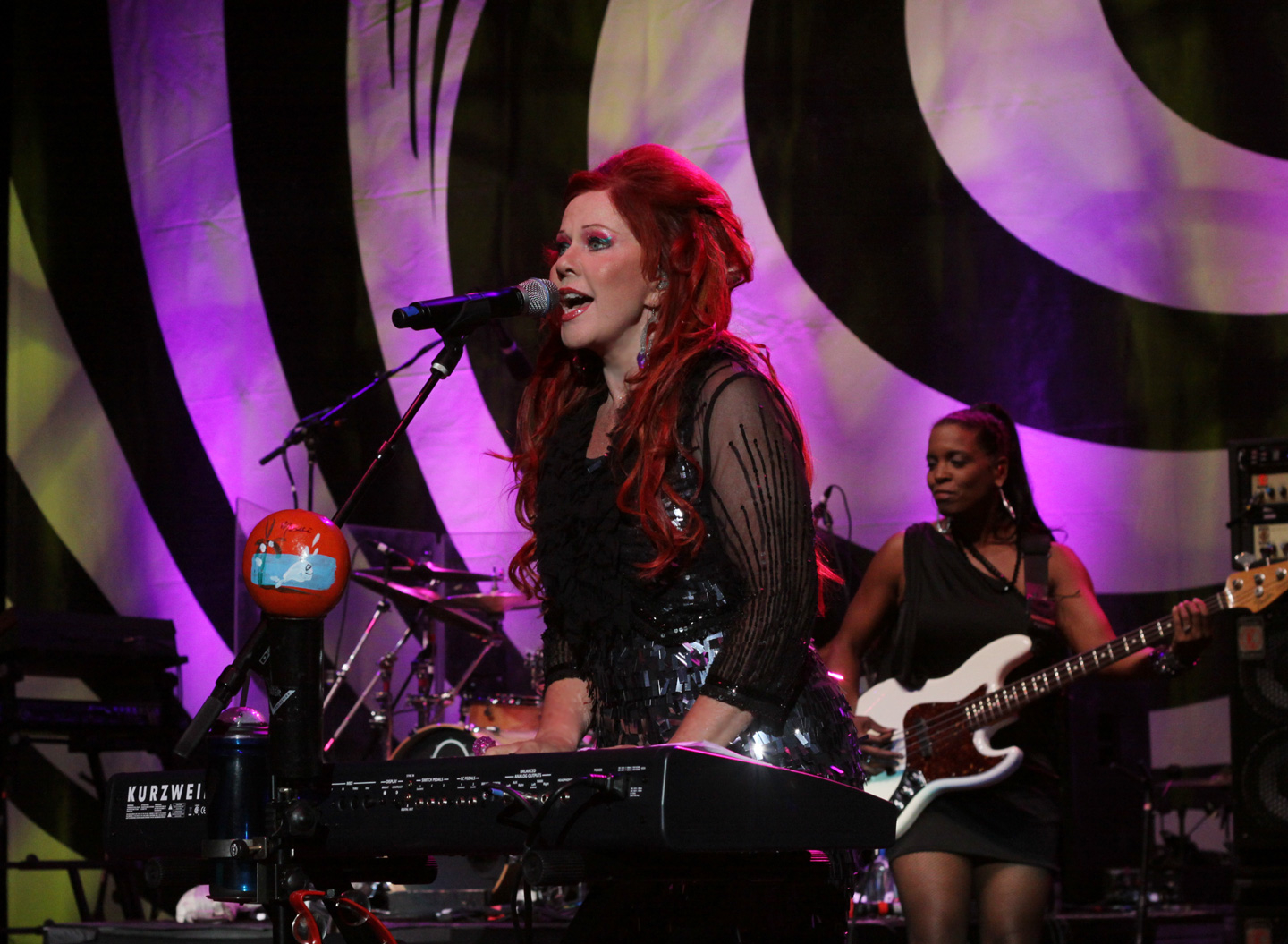 I love my new Kurzweil PC361- it has all the sounds of the Farfisa, the Vox Panther and the Jupiter 8 that were a signature sound of the band ‘back in the day’! It’s an ‘all In one wonder’ and I love it’s simple and sleek design!”

Kate Pierson is a member of the B-52s, the beloved dance-rock band who conquered the world with their groundbreaking approach to music and unmistakable fashion sense. For more than 30 years, the B-52s have cut a singular path: bringing the world memorable, you-can’t-help-but-dance-to-it hits like “Rock Lobster,” “Love Shack” “Roam” and “Channel Z” and performing for adoring fans around the globe. Last year they released their first new album in 16 years, the aptly titled “Funplex.”

Beyond “The B’s”, Kate has collaborated with top acts such as The Ramones, Iggy Pop and R.E.M. as well as being a member of the Japanese pop group NiNa, which released several hit singles in its native country. In addition to her musical collaborations, Kate has branched out into acting, appearing with her bandmates in the 1994 live-action version of The Flintstones and lending her voice to the 1998 animated The Rugrats Movie. More recently, she appeared as a club owner in an episode of the HBO cult hit Flight of the Concords. Outside of the entertainment industry, Kate and her partner own the Lazy Meadow Hotel in the Catskills Mountains near Woodstock, NY.