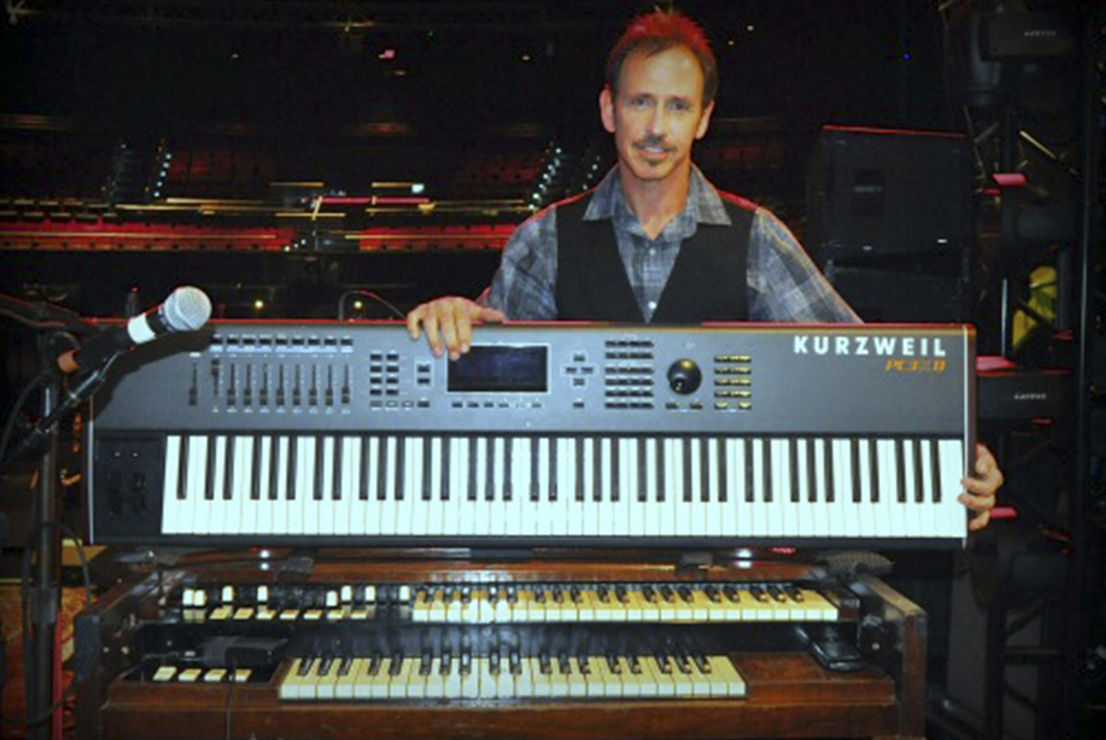 “Kurzweil keyboards have been an essential part of my touring and studio rig for over 20 years. All the sounds are there. No need to adjust anything. Just plug and play. Programming and editing are intuitive, so if you want to edit the sounds, go ahead. Playing a Kurzweil is effortless and dynamic. You definitely get out of it what you put into it. These keyboards give you top-notch sounds, great touch and feel, and ease of control. These are just a few things that keep me coming back to play Kurzweil keyboards. I love knowing they will be there night after night. Thanks Kurzweil!”

Dwain Rowe originally hails from the small town of Proctorville, Ohio, nestled in the foothills of the Appalachian Mountains, on the Ohio River, in southern Ohio. Throughout his early musical experiences, Dwain was exposed to, and played, a wide variety of musical styles: classical, country, jazz, gospel, bluegrass, pop/rock, R&B and Motown. He performed in pop/rock bands throughout high school and college where he played clubs and a few concerts. After graduating from Marshall University, in Huntington, WV, where he studied with Dr. Michael Cerveris and Dr. James Taggart, Dwain headed to Nashville, TN.

Currently, Dwain is the Musical Director/keyboardist for the multi-award winning singer Ronnie Dunn. He played on several tracks of Ronnie’s self titled debut CD, including the Grammy nominated song, “Cost of Livin’.”