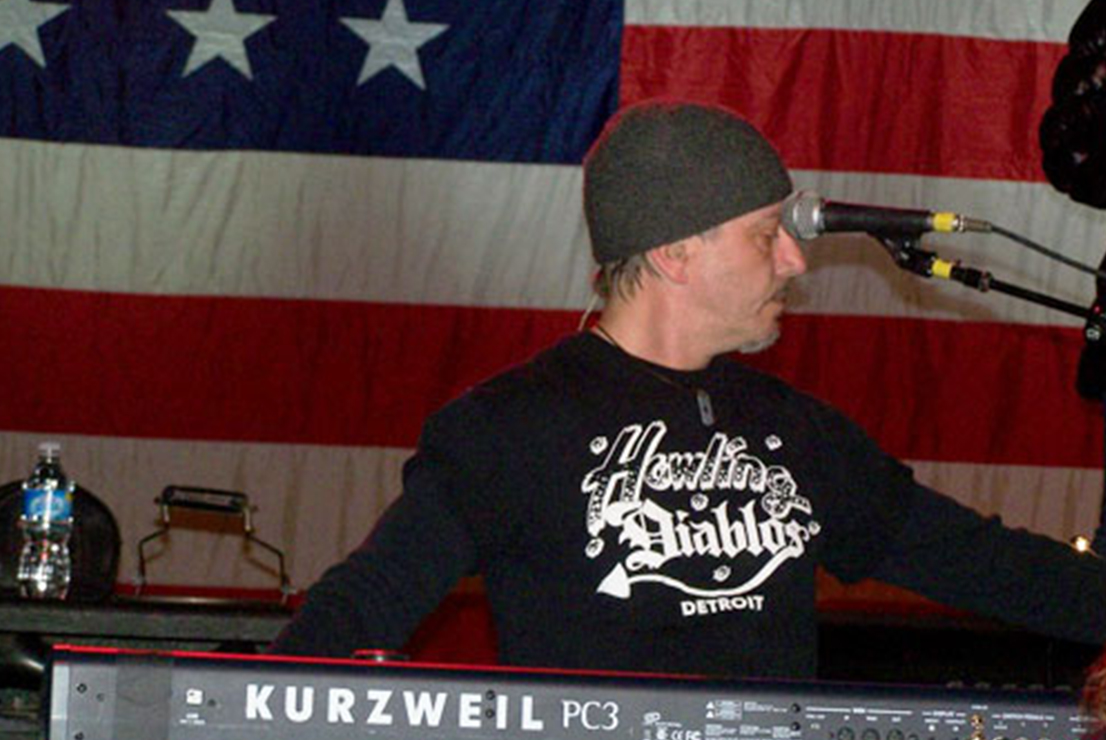 Jimmie Bones is the rootsy blues and soul influenced piano and organ player in Kid Rock’s Twisted Brown Trucker Band. The two met while Kid Rock was recording “Early Mornin Stoned Pimp” at Detroit’s White Room Studio in 1995. Rock asked Bones to do some piano tracks while Bones was working as a member of Robert Bradley’s Blackwater Surprise in the adjacent room to Rock. Rock and Bradley also shared a rehearsal space and Bones would show up early for his rehearsal and sit in on the last bit of Rock’s rehearsal. Rock suggested to Bones that he should do some live performances with him and the forming Twisted Brown Trucker Band when not touring with Bradley and Bones agreed, eventually becoming Rock’s full time keyboardist.

Jimmie Bones took along his SP3X and PC3 to the Middle East as Kid Rock and the Twisted Brown Trucker Band entertained the U.S.servicemen and women on 2009 Tour For The Troops. The two week tour took place between Thanksgiving and Christmas.Bones did shows at air bases in Turkey, Iraq, Qatar.United Arab Emirates, and finished at Ramstein Airbase in Germany and Lakenheath Airbase in the United Kingdom.